On April 11th, more than 500 AILA Members and advocates descended on Capitol Hill to meet with their local representatives and advocate for immigration reform as part of AILA’s annual National Day of Action.  AILA Southern California’s contingent, which included over 20 attorneys, DACA recipients, and law students met with Congressional representatives from all over Southern California. These meetings allowed practitioners to voice concerns on how the administration’s immigration policy changes are harming American families, businesses, and communities across the nation. This year, AILA will also be urging Congress to support the creation of an independent immigration court system, as well as the need to increase oversight over USCIS.
The overwhelming response from each of these meetings was, despite polling to the contrary, that congressional offices typically receive far more calls, emails, and letters against immigration reform than those in favor. For this reason, it is important for all AILA members to contact their representative regularly to push for smart immigration reform. If you would like to become more involved in congressional advocacy efforts or have any questions regarding attending next year’s National Day of Action, feel free to contact your AILA SoCal Congressional Advocacy Liaisons: Linda Nakamura ( lindanakamura@gmail.com), Alice Yardum-Hunter ( alice@yardum-hunter.com ), and Eric Dominguez (edominguez@hirson.com). 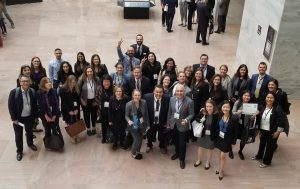 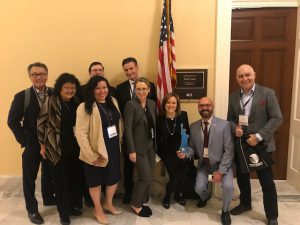 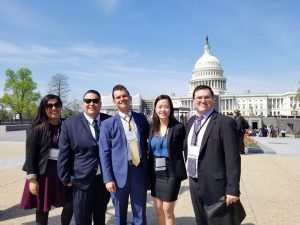